Norway has over the years been a huge net importer of printed goods due to its high cost level. Now, Norway is importing less printed material, however. The import has been declining throughout 2019, according to news letter Media Monitor. There is reason to believe that both the weak Norwegian currency and the decline of paper consumption in society as a whole are affecting the numbers. 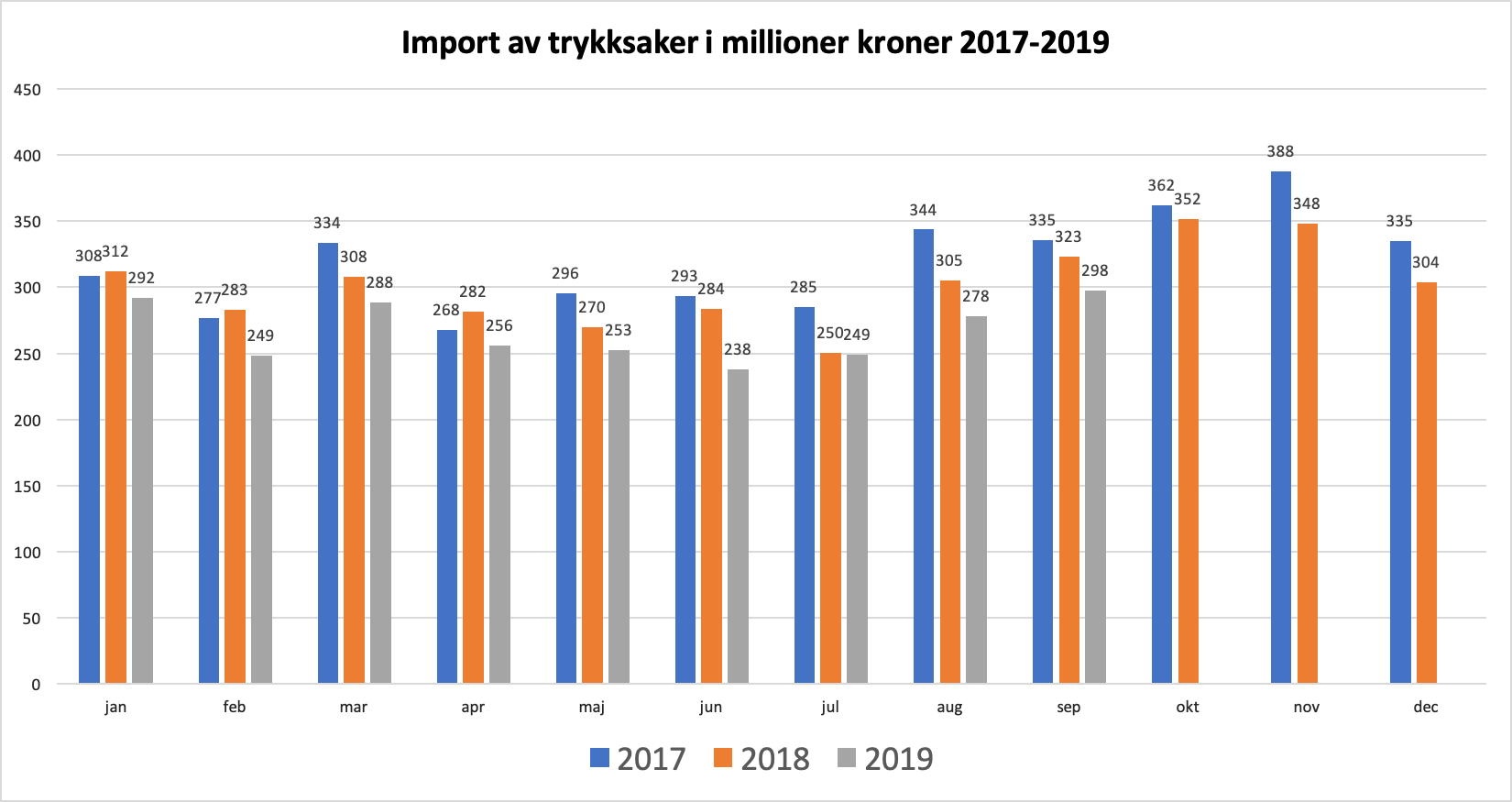 If we break the import down into different categories, one can see that books are doing quite well while magazines/papers and commercial print are declining. 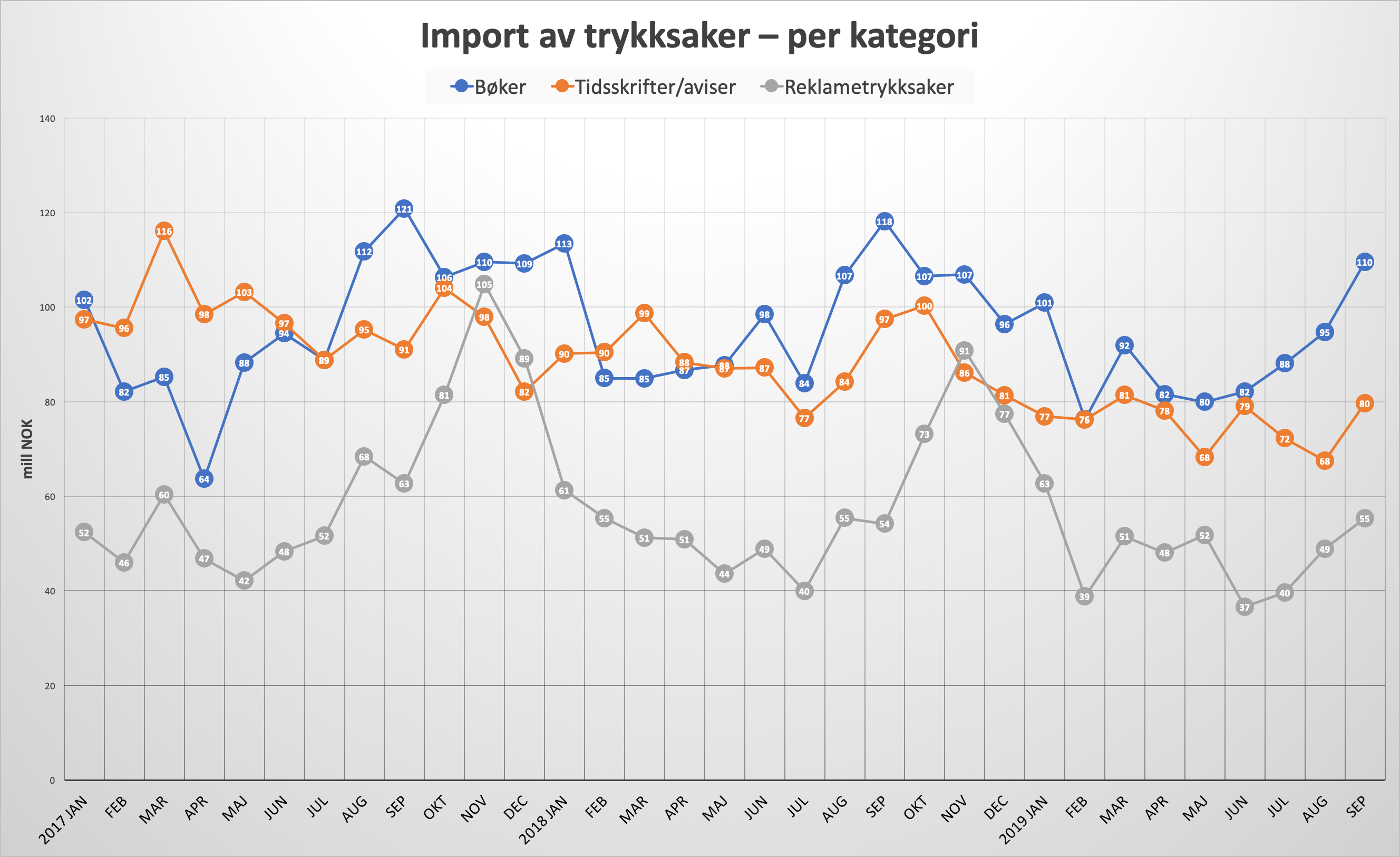 In a last chart (below) you can see total import/export over the last six years, and also the numbers so far in 2019. 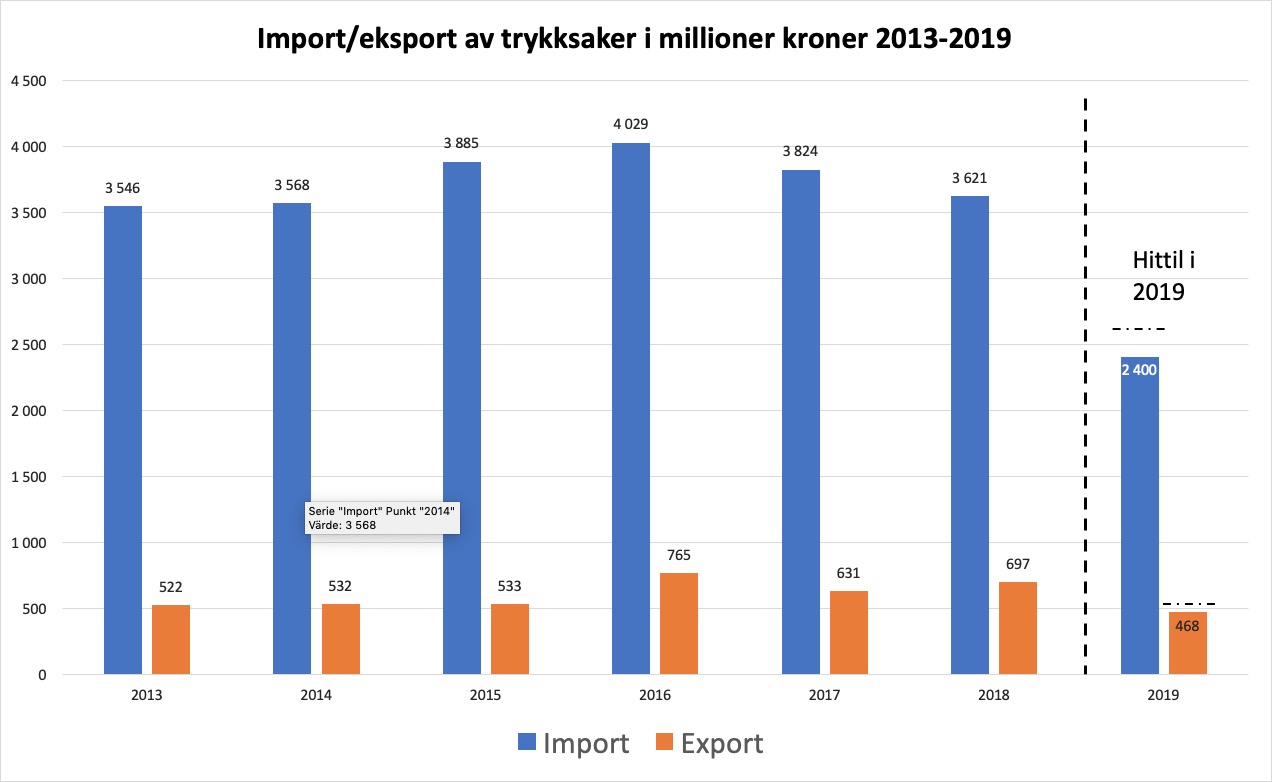