Demand for print starting to normalize in our region

Both Heidelberg and Contiweb have many of their print customers connected online. This gives them the possibility to collect production data and report how production has developed during the period with Corona virus. 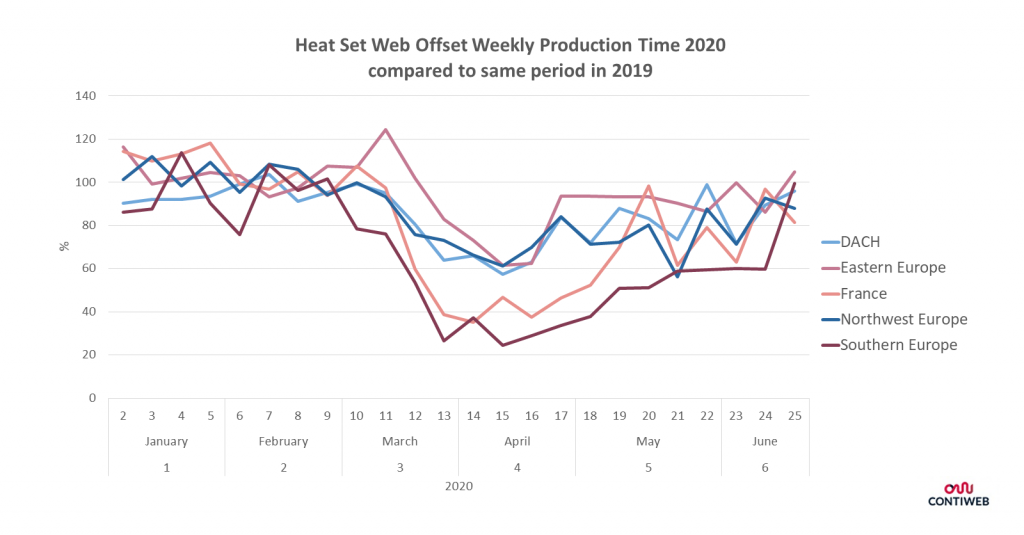 Heidelberg shows on their webpage a map of the weekly climate index figures for most European countries. Heidelberg has developed a scale from 1 to 8 describing the impact on our industry. 1 and 2 means severe impact, 7 no impact and 8 a positive impact. It looks that Heidelberg has grouped smaller countries to one without directly telling it. Sweden and Denmark have exactly the same index figures on seven of 11 reported weeks. Finland and all the Baltic countries have the same index every reported week. Heidelberg do not report numbers for Norway. The figures on the Heidelberg graph have been collected from their webpage. 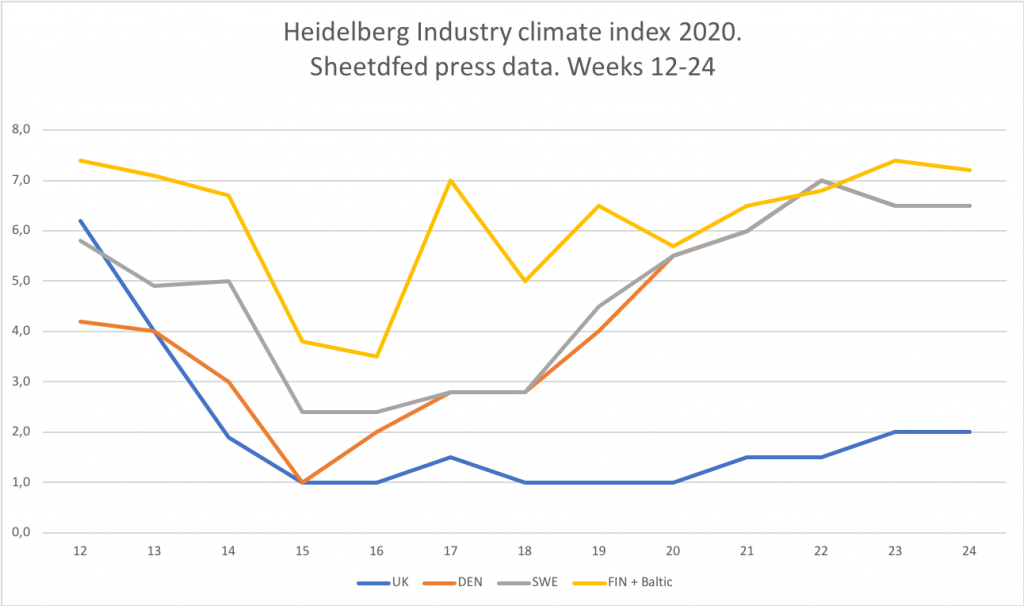 In the graph above you can see that the situation is starting to normalize. The heat set production is about 10 % under last year. Sheet fed figures in our region seem to be close to normal (Heidelberg score 7 “no impact”).

It is also interesting to see the terribly low score for UK in this period.  The British Printing Federation’s Outlook report states that the majority of the industry is operating at less than 50% capacity, with 17% of the industry running between 30-39 % of capacity in May. Luckily the situation is not that bad in our region.

Furthermore, the graphs from Heidelberg show that the situation has almost normalized by now in Finland and the Baltic countries. Sweden and Denmark are just operating somewhat below normal production.

The official statistics in Estonia show 33 % decrease in production volume for April. Swedish figures report -24 %, Norway -22 % and Finland -14 %. Concerning print company bankruptcies, both the Swedish and the Finnish statistical institutes report extremely low figures for all months of this year – so far.