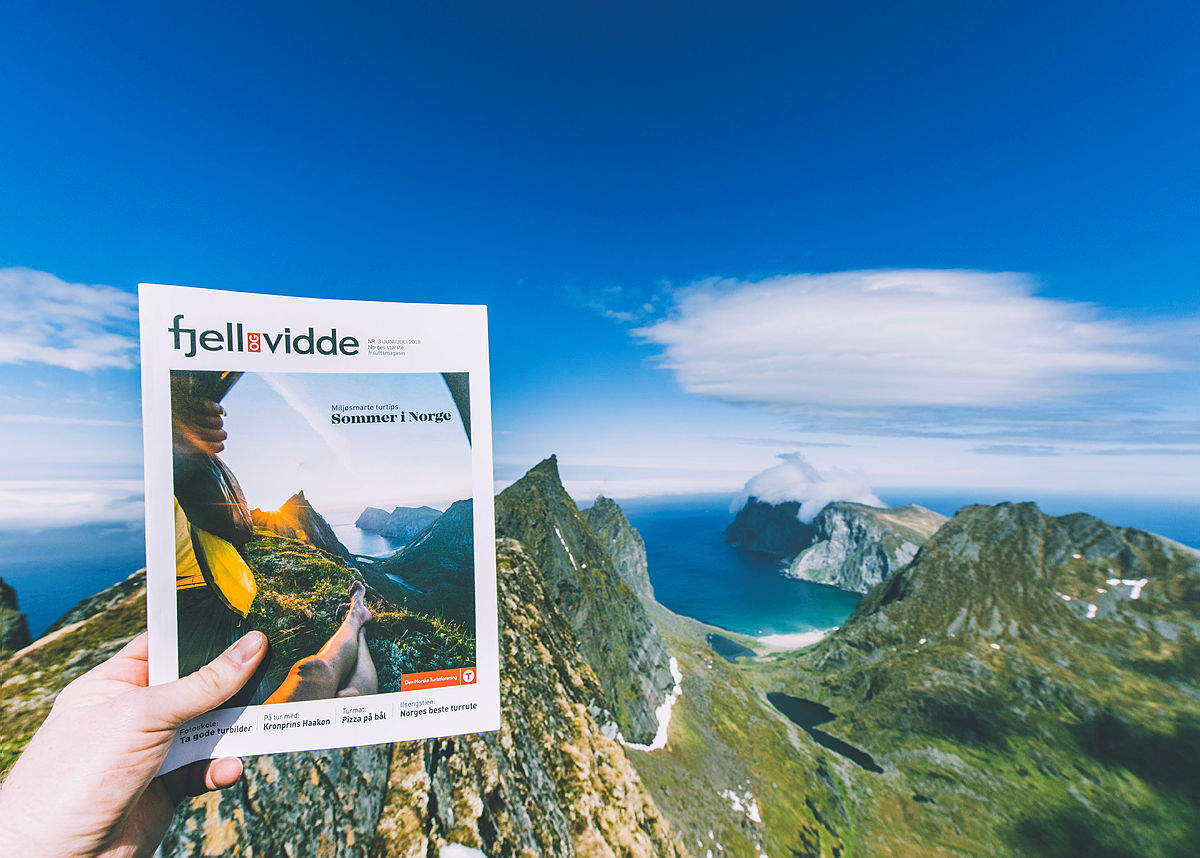 The Norwegian Trekking Association’s (DNT) member magazine “Fjell og Vidde” has for several years been among the magazines in Norway with the highest circulation. Recently, DNT ordered an analysis from consultancy firm Endrava to find out where the association should print its magazine to minimize carbon emissions as much as possible. This story was first reported in Norwegian news paper Stavanger Aftenblad.

And the conclusion was very clear; Printing at Ålgård Offset in Norway gives in this case much lower emissions compared to printing in Poland which is the case today. The job is as a consequence of this analysis moved from Poland to Ålgård Offset in Rogaland, Norway.

Sunde Kolderup adds that the cost of printing in Norway is approximately at the same level as in Poland, helped by a weak Norwegian currency and choice of a lighter paper type.

“Climate has become a sales argument!”

Gaute Jakobsen, head of operations at Ålgård Offset, confirms that the climate issue has become an important sales argument for the company.

“Climate has become an important sales argument for us. The awareness about sustainability is growing, and our customers are cutting their emissions considerably when they print locally.  […] Much of what we produce are transported on railway from Ganddal to Oslo and all the way to Bodø in the north. This is the most climate-friendly transport solution for us. But the major advantage for Ålgård is the fact that our production first and foremost is based on pure hydropower,” says Jakobsen.