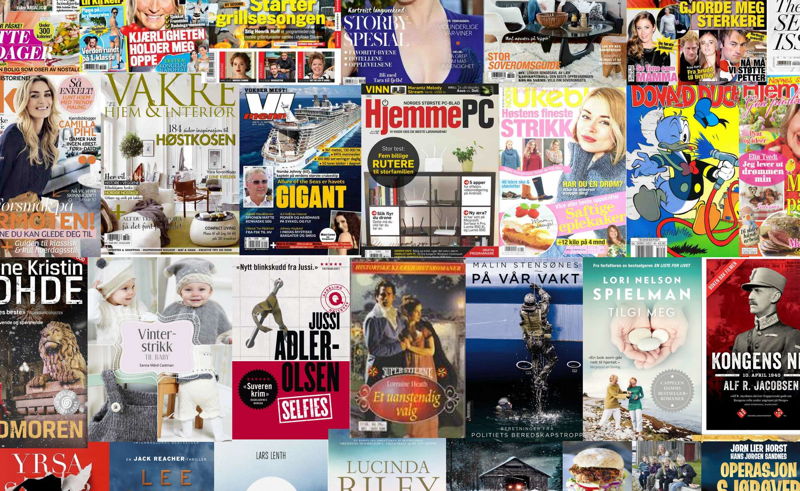 Norwegian book and magazine distributor Bladcentralen is moving its packaging of magazines and books to Lundeby GF, Norway’s largest book binder, located on the border to Sweden.

The recent agreement includes the packaging of more than 33 million magazines and books to be distributed to over 4,500 shops and petrol stations across Norway. All employees in Bladcentralen in Nittedal are offered to take part in the move,  reports Bok365.

“This is a large and important contract for us. We look forward to welcoming Bladcentralen’s employees to our modern facility, which in the time until we meet next year, will undergo a significant upgrade. The facility will expand by 10,000 square meters before Bladcentralen moves in. We are proud that the choice fell on an all-Norwegian player,” says CEO Helge Gabriel Lundeby of Lundeby GF.

Lundeby GF tells Grafkom that the new contract amounts to approximately 40 million NOK in annual turnover increase for the bookbinder. The assignment starts in 2022.

Lundeby was selected in a competition with Swedish and Danish players.

“Lundeby GF was by far the best competitive alternative.  […]. Now we have all production in one place, which will optimize the logistics for everyone. Bladcentralen will also make significant IT investments before the move, which means that the production will be further modernized and streamlined,” says CEO of Bladcentralen, Erik Thorhallsson, to BOK365.

Thorhallsson adds that the facility in Nittedal is starting to become outdated and is no longer adapted to the current volume.

The director of Bladcentralen further tells BOK365 that 2020 was reasonably good despite all the shutdowns in society.

Bladcentralen is owned by Egmont Publishing, Aller Media, Bonnier, Cappelen Damm and Vigmostad & Bjørke. In 2019, the company had a turnover of NOK 227 million and an operating profit of just under NOK 3 million.