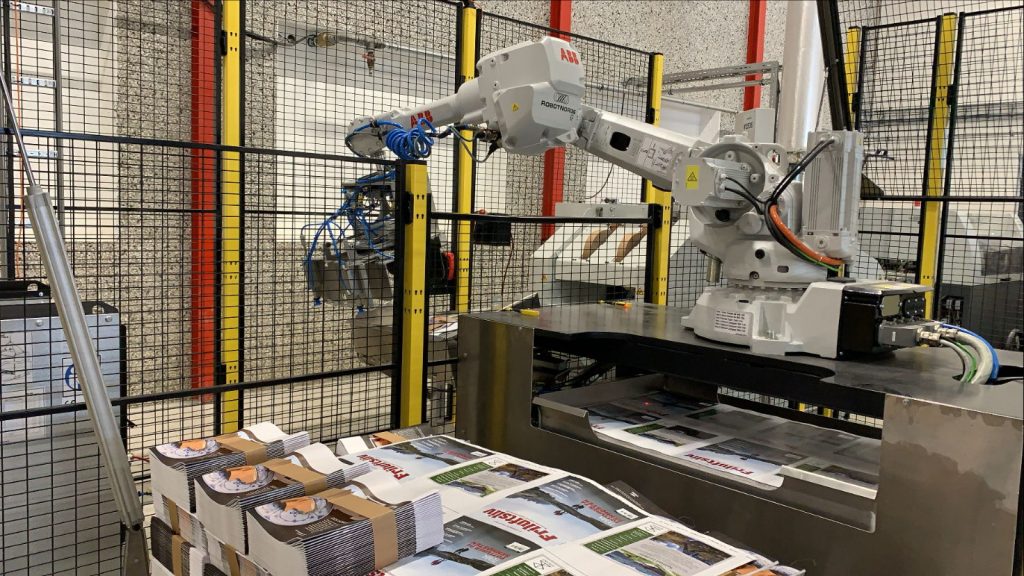 Consultancy firm Robot Norge has developed the solution specifically for Ålgård’s finishing department. The company has for several years had robots in connection to their roll-offset presses but the new robot line is connected to the finishing department and has by far larger dimensions and speed.

Ålgård Offset produces 500 millon magazines and printed goods annually and is now improving the work for their employees and streamlining their business through robotized palletizing.

“We are investing in a fully automatic palletizing solution in our journey to become the most profitable, effective and largest graphic firm in Scandinavia.

Ålgård Offset says in a press release that the robot cell will be good for the health of the employees as they will have other less heavy tasks internally in the production.

“The team from Robot Norge is very competent and we have together with them developed a robot solution that could have international potential in the printing industry,” says Gaute Jakobsen.

In connection with the robot investment, Ålgård has also installed new equipment for strapping – a Gamma 502 PRO from Palamides.

Innovasjon Norge has supported the project financially and the installation was implemented in the start of 2021.

Strapping is first being done on a Gamma 502 from Palamides.